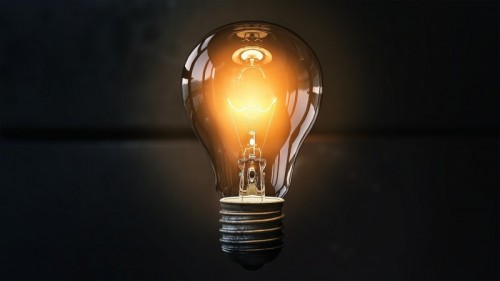 Breakthrough climate-change-busting technologies are set to benefit from €10 billion in EU funding over the next decade, as the European Commission confirmed its punt on a major new innovation fund. Last November, the EU executive unveiled its plan to cut greenhouse gas emissions drastically by 2050, and national leaders are expected to decide what direction to go in this year.If the member states select the Commission’s full-fat scenario, which would mean Europe absorbing all of the emissions it produces, the continent’s energy-intensive industries will have to make sweeping changes in order to adapt.

Enter the new Innovation Fund, which was given the green light by the Berlaymont last week. By selling millions of carbon allowances from the EU’s Emissions Trading Scheme, the Commission plans to put together a war-chest of €10 billion that can be used to develop, test and eventually market low-carbon technologies.EU climate boss Miguel Arias Cañete said the Commission’s strategy of making the economy ‘climate neutral’ “will need deployment of clean innovative technologies on an industrial scale”.“This is why we are investing in bringing to the market highly innovative technologies in energy-intensive industries, in carbon capture, storage, and use, in the renewable energy sector and in energy storage,” the Spanish Commissioner added.

The Fund will also absorb any money left over from its predecessor, the NER 300 programme. EU auditors concluded last year the programme had failed to help any projects scale up to the industrial level because of a lack of coordination and long-term planning.NER300 and the European Energy Programme for Recovery (EEPR) both pooled resources of nearly €4 billion and nearly half a billion of that amount is still unspent.

At a EURACTIV event on the challenges faced by heavy industry last week (27 February), Commission official Peter Handley said efforts should be focused on “preventing cherry-picking of innovative tech by India and China”.The resource efficiency and raw materials expert added that each industry “has to develop one large demonstration project and bring it to scale” and that “the next decade is absolutely crucial”.Environmental researcher Gauri Khandekar told the same event that a lot of breakthrough technologies are now related to the circular economy but warned that a lack of infrastructure and strategic planning are the main challenges ahead.

Energy-intensive industries like the steel and aluminum sectors are worried that if EU regulators push too hard on emissions cuts, it will lead to the phenomenon known as carbon leakage. Panelists explained that the electro-intensive sectors, such as aluminum, are faced with massive indirect emission costs, i.e. carbon costs passed on through electricity prices, carbon, and investment leakage is already happening. Europe has had 10 smelter shutdowns over the past ten years, which could be to a large extent attributed to electricity prices and not to the lack of investment in new capacity. At the same time, China has risen from almost 10% to a staggering 60% in global aluminum production over the past 15 years, mostly relying on coal-powered smelters.

Ultimately, it will depend on whether industries see the costs of adapting to stricter climate measures as worth the investment over simply upping sticks and setting up shops in a country with laxer standards. In the meantime, panelists admitted that establishing a level playing field globally by effectively offsetting climate costs borne exclusively by the EU industry was absolutely imperative. The Innovation Fund and other financial tools provided by the Commission, including InvestEU, Horizon 2020, and cohesion funding, are all offered in the hope that industries will plump for the first option.

In terms of competition, the Commission’s Peter Handley concluded that industries should not worry about other parts of the world seizing a march on the European sector because “the internal market is our competitive edge” and the rest of the world follows where we lead.That prognosis could be put to the test as early as September at what is being touted as a watershed United Nations summit in New York. EU leaders are hopeful of turning up to the meeting with a firm roadmap to 2050 in their pocket to show other major players where Europe is heading.[Edited by Zoran Radosavljevic]