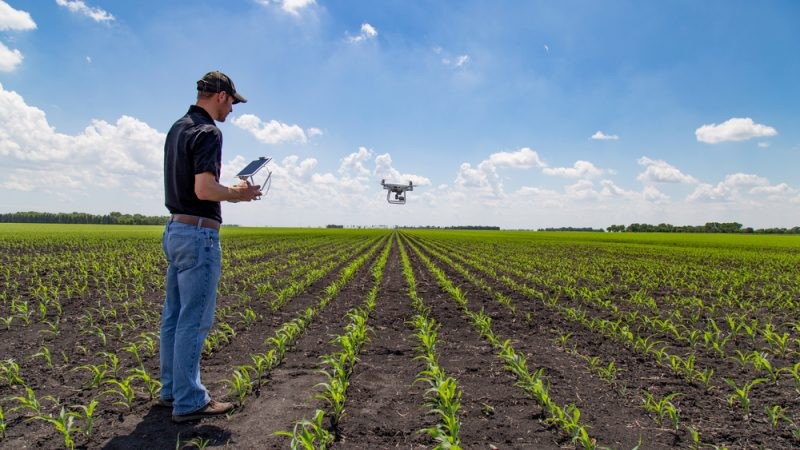 The EU manufacturers of agricultural machinery (CEMA) have called on member states to indicate a “clear commitment” to the digitisation of European agriculture as the only way to face the current environmental and economic challenges.

This message has also been acknowledged by the European Commission, which submitted to the EU member states earlier this month a draft declaration titled “A smart and sustainable digital future for European agriculture and rural areas”.

According to the document, EU member states recognise the “urgency” to speed up the introduction of new technologies in order to address increasing challenges related to the environment, economy and society.

“Technologies such as Artificial Intelligence, Robotics, Blockchain, the Internet of Things, High-Performance Computing and fast broadband, including 5G, are already causing profound transformations in our economies and societies, and will be particularly critical for smart farming,” the document reads.

Precision or smart farming is based on the optimised management of inputs in a field according to actual crop needs. It involves data-based technologies, including satellite positioning systems like GPS, remote sensing, and the Internet, to manage crops and reduce the use of fertilisers, pesticides and water.

Based on the need to “produce more with less”, precision farming is emerging as an innovation-driven solution and the introduction of the new technologies helps farmers to manage their farms in a sustainable way taking into account the “slightest detail” of everyday farming.

However, this also poses a challenge, considering that there are still doubts whether the member states will manage to digitise their farming sector if there is no overall coordination led by the Commission.

“The Draft Declaration is the opportunity for a clear commitment from the EU member states in that direction,” Jerome Bandry, secretary-general of CEMA, the European trade association representing the manufacturers of agricultural machinery, told EURACTIV.com.

“The European Commission has placed access to digital farming tools at the top of its agenda for the future CAP. We hope that horizontal strategic objectives, such as the digitisation of the agri-food sector, will be kept as one of the drivers to make European agriculture more competitive, sustainable and economically viable,” it added.

A source from the Romanian EU Presidency told EURACTIV.com that it is not yet sure if it’s going to be on the agenda of a meeting in April as the agenda still has not been made available.

A key factor in enhancing the digitisation of EU agriculture is digital skills. For CEMA’s Bandry, the role of farm advisers in the adoption of smart farming technologies is crucial.

“Today, agricultural advisory services greatly differ among European countries and it might also vary at the regional level. Hence, a realistic way for the quick adoption of digital farming technologies must include highly skilled farm advisors who interpret the data, make agronomic recommendations and design and analyse on-going experiments at the local level,” he said.

Jean-Paul Beens, the head of public affairs and industry relations at fertiliser company Yara, said digital connectivity and knowledge transfer via advisory services will help attract young people and at the same time, improve the livelihood in existing rural communities.

“Although urban farming may prove to be an interesting experiment and knowledge source, the true custodians of sustainable food production and supply are operative elsewhere, often at remote farm locations, which need to be connected to research and the market,” Beens said.

“Local governments do recognise this need for national cohesion, to build bridges between rural and urban communities, to prevent the feeling of isolation and life in a straightjacket, no matter whether they are yellow, pink or purple,” he added.