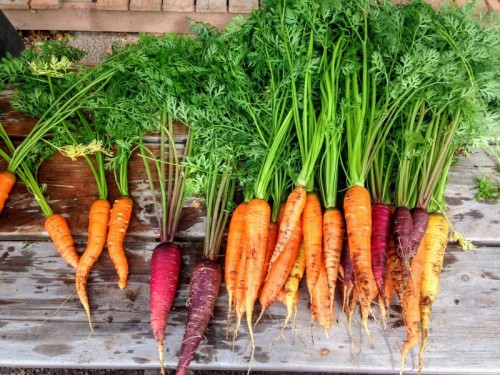 Despite improvements in the control of organic farming, the European Court of Auditors (ECA) said more work is needed to prevent food fraud and ensure that organic standards are met, as traceability is causing continued issues for foodstuffs bearing the bio label. The new report released on Thursday (14 March) followed up another audit in 2012 when the ECA found serious issues with organic farming system control.

At that time, the EU Auditors reported that supervising authorities were not exchanging information, traceability was challenging between EU countries and even more so between third countries, while only 40% of the products examined could be traced back to the producer. Since the 2012 audit, the EU has recognised several countries for having equivalent organic farming rules and controls, but all other countries must be checked.

The member states may now choose between a public or private certification system and the time it takes to trace products has been reduced from six months down to three with an improved percentage of results.“When consumers buy organic products, they rely on the fact that organic rules have been applied at every stage of the supply chain, whether they are produced in the EU or imported,” said Nikolas Milionis, member of the ECA responsible for the report. Determining whether a product is organic is not scientific so the entire sector has to rely fully on systematic checks and controls that, while improved in the last six years, are hard to regulate across all member states and stages of production.

Traceability, which was highlighted by the report, is one of the best ways of ensuring that farming is organic. Organic products have seen a 69% increase in sales from €18.1 billion in 2010 to €34.3 billion in 2017. The EU imported organic products from more than 100 countries in 2018. But many products in the recent audit still couldn’t be traced back to the producer or the process took longer than three months. Furthermore, if issues are found within imports, it is difficult and time-consuming to find solutions even though rules have been put in place to facilitate this process, the report said.

While some countries have responded to the audit with changes in the legal framework, coordination, and procedures, these are not EU-wide and vary between the member states, the auditors added. The report recommended having more thorough traceability checks, improved supervision, cooperation, transparency, and communication. The Commission responded to the report by accepting all the recommendations and saying it would carry out a specific number of traceability exercises every year. It also invited the member states to present the results of their analysis and enforcement. The Commission also said it was going to take the necessary steps to extend the system to third countries.

The control and monitoring system have seen improvement in the new study but that does not mean that organic farming is without weakness, according to the report.“Organic products are being marketed at prices up to 150% higher than the price of comparable conventionally produced goods,” the Commission said on 7 March. This increase in prices drives an increase in production but also an increase in fraud. Mafia ties were found in Italy related to wheat imports from Romania that had been labeled as organic, the Financial Times reported.  Another example of fraud is 40 tonnes of German strawberries labeled as organic, which were found to contain 25 pesticides, German media outlet Taz reported this month.[Edited by Gerardo Fortuna and Zoran Radosavljevic]