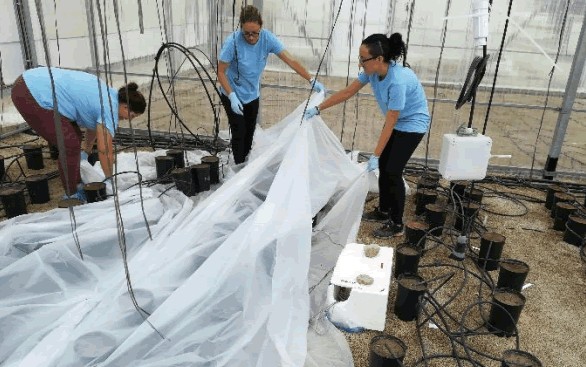 In this initial stage, several treatments were conducted in two different soils contaminated with pesticides in order to evaluate and define the optimal conditions for the remediation technologies involved in the project: ozonation and ozonation in combination with solarization.

The ozone was generated by a small-scale prototype designed and manufactured by NOVAGRIC.

The experiment will be carried out during the summer season (August-October). The project’s team will also assess the influence of these technologies on the nematode population and the soil microbiota. In addition, the efficiency of the small prototype design will be checked and this information will be used in the engineering and design of the big-scale prototype.

The LIFE AgRemSO3il pilot project aims to develop new innovative technology, at a large farm-scale, using agrochemical remediation in farm soils by combining solarization and ozonation in situ. This innovative solution involves building new technological applications (giant equipment) and using methods that advance oxidation processes, which are called ozonation and H2O2; or solarization. The project provides a new cost-effective solution for this ongoing, silent problem while supporting the soil's true function as part of the wider ecosystem positively impacting the feed and food products produced, which have consequent effects on human health. The project also plans to integrate into its work Common Agriculture Policy's environmental objectives and promote EU's agriculture and environmental policies.